MZFM’s The Train: Of little beginnings, rough roads and a man’s conviction. 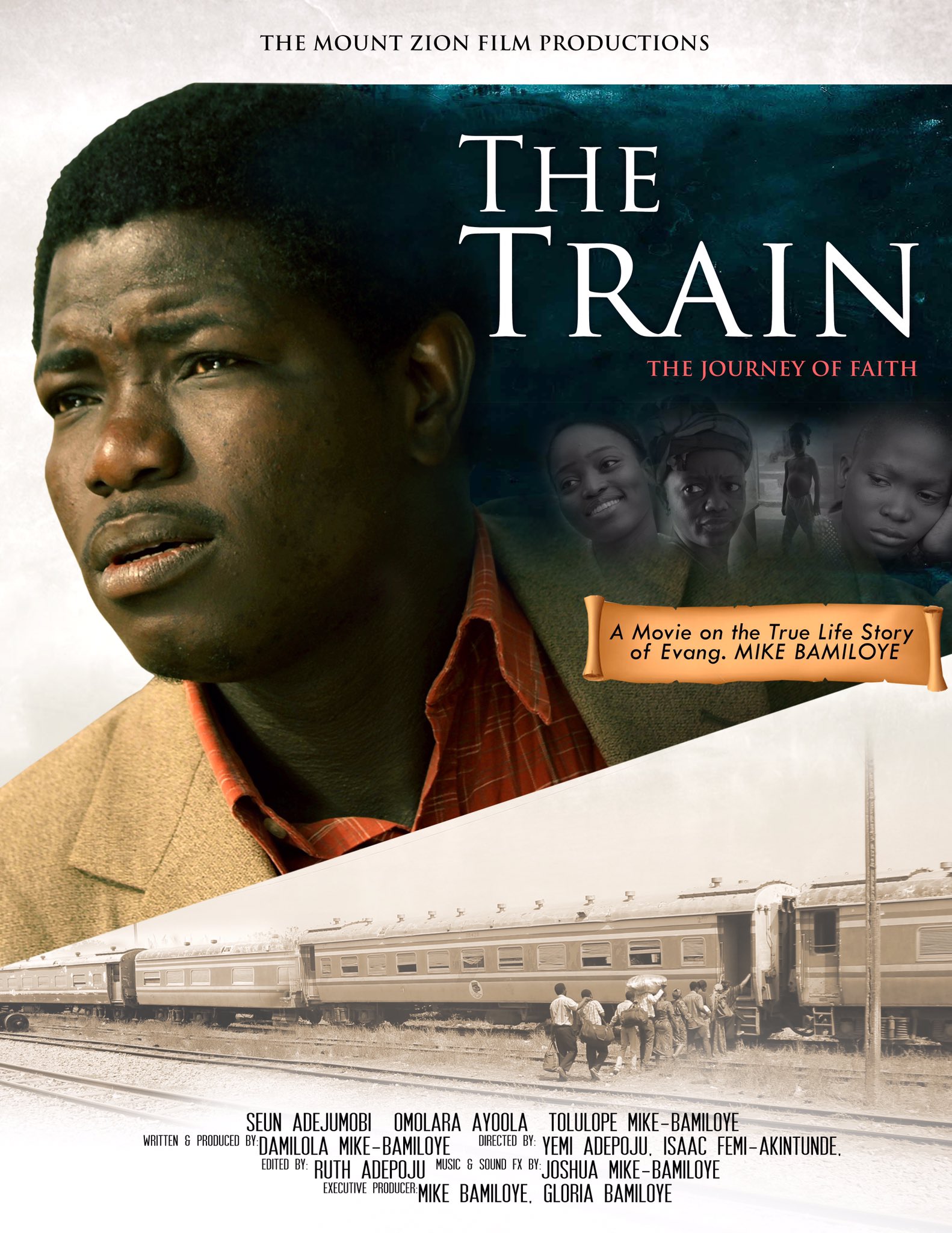 So the Mount Zion Faith Ministries released ‘The Train’, a movie on the early life of Evang. Mike Bamiloye on Sunday, April 3, 2020. I’d try not to give away spoilers for those yet to see it.

Written by Damilola Mike-Bamiloye, the movie captures the journey of little Abayomi from 1964 up until 1993 where he is now known as Mike Bamiloye of Mount Zion Faith Ministries. The movie begins on an emotional note as we see his mother snatched by the cold hands of death, leaving him in the care of his older and only sibling, Adepeju.

Seun Adejumobi’s portrayal of Daddy Mike was quite believable and laudable. Not many people can pull off an imitation of the Drama general.

Tolulope Mike-Bamiloye reminds us of the lovely smile and admirable spirit of Mummy Gloria. It was nicely done. Mama Adepeju Adesiyan played by Omolara Ayoola is also worthy of note with an applause-worthy performance.

We also see Bro Rotimi who was a delight to watch as a friend and brother in the ministry. It was sad to see him go the way he did.

This review would be incomplete without making mention of the young Abayomi played by Oluwasola Peter. That young man should be watched and groomed. Every scene in which he appeared was a delight. The scene where he was dancing and eating at the funeral ceremony of Iya Eleni comes to mind. It was a job well done.

A big well done and thumbs-up to the entire cast and crew. The houses, market as well as the costumes all depicted the time and season quite well although we spotted a gas cooker in one scene (perhaps there’s an explanation for this). Those born and raised within that period would surely have a good time reminiscing on the ‘good old days’.
The theme song done by Joshua Mike-Bamiloye and Lawrence Oyor is a message on its own as well as a sound for the season. We hope it will be released soon.

Just as the movie ended, something flashed through my mind from memory lane. It was one of those power night sessions when Daddy Mike would make us sing a particular hymn over and over. But the one that came to me was when he led “It pays to serve Jesus” with so much joy and conviction. This movie showed me a glimpse of what its like to have one’s convictions tested by fire and waters of contrary facts and human logic.
The first step to fulfilling purpose in God is to get saved. And we see the moment self-realization began with the young Abayomi which built up till he eventually surrendered his life to Christ.

Now, this movie is not just to celebrate Daddy Mike and all that God has done through him. This movie will require some of us asking for mercy seeing as we have walked away from the valleys He sent us to without bothering to dig around for the treasures kept for us there. Many times, we have shut His voice and overlooked his promptings and have chosen “the better” of the options presented to us.

That scene where Bro Abayomi packed his bags and left the school of his choice touched me deeply.
You know how many times I reluctantly do God’s will and anytime I face the slightest difficulty or oppression, I’d say “God and you’re the one that brought me here o” or “God, you know that if it wasn’t for you, I would never be caught in a place like this.“ Kai, God must help me.

This movie will drive some of us back to the secret place, asking God for grace to be faithful and committed to the vision given to us regardless of the opposition before us. When we received the vision, we seemed unstoppable and ready to damn the consequences. But the world began to ask us questions according to the wisdom of men, and then, the idea didn’t seem that bright and right again. We began to rationalize, ‘maybe it wasn’t God who said it after all.’

This movie will make some of us place a demand on heaven for boldness and unflinching courage to answer the naysayers with wisdom on our pathway to breakthrough.

That we will be able to say like Bro Mike did, that “As long as He is my father, I will do whatever He commands.”

I learnt that some of the people who won’t understand the vision may not be enemies, neither will it be that they hate me. They just don’t understand. I can only stand my ground and pray that their eyes will be opened to see God at work too. Sister Sola Obembe (who was the most important at that time) understood the vision, many of the brethren in Mount Zion did too, and together they made a formidable team.
I just need to find the important people to believe the vision and run with it.

I’d round up with what I believe seemed to echo every now and then throughout the movie which is to never ever despise the days of little beginnings. Whatever project God initiates and endorses, he will surely sponsor and defend. Though my beginning may seem small, if I keep at it, God is sure to blow my mind with the results.

Once again, we celebrate consistency, devotion, rugged faith and depth. We celebrate Daddy Mike and Mummy Gloria Bamiloye. We celebrate the wonderful Fathers and Mothers in MZFM. We see that indeed, it pays to serve Jesus.

If you have not seen ‘The Train’, you can do so on Damilola Mike-Bamiloye’s youtube channel, and be blessed.

About this time last year.

Land of Fury: a huge step in the right direction for Christian Drama.