Facing temptation: Don’t we all? 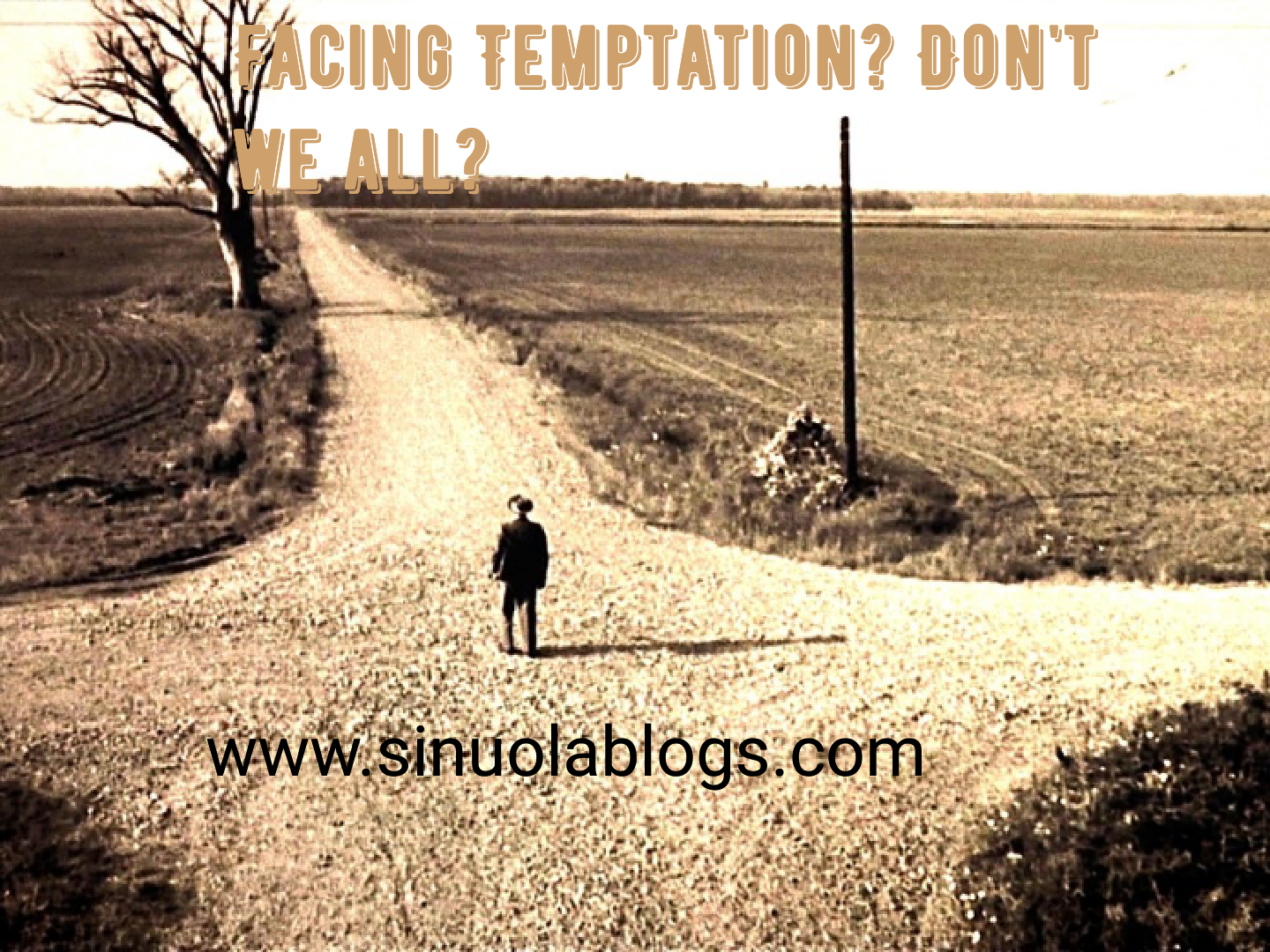 When we hear ‘temptation’, many of us immediately paint the picture of Jesus’ temptation with all its dramatic glory. And because of this over decoration and exaggeration of what temptation is, we fail to see the temptations that come our way on different occasions and as such, we are not even able to assess ourselves and our responses to them as they come. If I am not aware of the ways I am being tempted, how then do I address my response to such in the light of the scriptures?
Many of you would remember how Ponzi schemes invaded everywhere few years back. It was the most talked about subject of almost every discussion. My school was not left out. It was no longer a question of “Is it real?” but ‘How can I be a part of it?’
The discussion came up a couple of times in my room then and I was glad to know that I wasn’t alone with the belief that such mode of making money was not the best God had in mind for me. I was happy that they saw the risks too.

But then, this ‘investment’ schemes didn’t go down as many of us had predicted then. For months, they kept increasing in number of customers and even types. At this stage, even brethren were evangelising and singing of the wonders of the various schemes. You’d hear things like ‘Have you been paid? Check well o, I just received my alert’. Then they’d turn to those not yet part and say ‘Are you still doubting this thing? You had better be sharp and make some money fast’.
Remember I’d reached a conclusion in my heart that I wouldn’t do it? Well, it wasn’t that easy afterwards. I started hearing suggestions in my heart. ‘You have some loose change. Can’t you use that? At least, that is even what the company recommended”. It was real, I knew it was. Too many people benefitted from it for me to still doubt it. I turned it over and over in my heart. Is it actually a sin to do it?

Of course now I realise that it is not necessarily about the act amounting to sin or not, often times, the issue is the heart (and its motives) and how it shapes our thinking and ideologies as children of God.

Two things happened which in turn strengthened my resolve. First, a discussion (which I was not really a part of) ensued somewhere one day and I heard this person say ‘If not for this scheme (name withheld), I don’t know how I would have survived these past months’. That statement stayed on mind for a long time. I remember talking about it later on with a friend who said ‘So where is God in all of this?’
Second, the occupants in the room opposite mine had just been (or were soon to be) paid and were listing out all the things the extra cash would sort out for them. One of them said to the only roommate who was not a part of it ‘Won’t you do it with us next time? Or don’t you need the money?’

‘I sha know that all of us not doing this (name withheld) with you cannot all starve to death. And we won’t beg for food from anyone. I don’t need that money’.
The conversation ended, at least for me, and right there in my room, I knew God spoke to me through that lady. Her reply may be considered harsh seeing as her roommate was only showing concern in her own way. But I saw that the reply was for me who had begun to question God on how I would survive in the next few months with all the things I wished to do.

And when they all came crashing, I knew once again that God would not want me to acquire wealth through a means so uncertain such that when it fails, I would have my hopes dashed. Some people were lucky, but many others lost more than what they had gained or hoped to gain. Who knows what my story would have been if I’d done it eventually. This is not an ‘I-told-you-so statement’ of spite or anything, I am simply stating what lesson I learned from the experience.
Tests come more often than we actually take notice of, in different ways and at different points too. It will not always come bearing the name tag for all to see like it did with Joseph or Jesus. Be conscious of this, beloved, and be at alert.
And if you’re there thinking, ‘Why do I face these tests?’ I ask you, ‘Don’t we all?’

Letter to the struggling beloved