Photos from “Letter From My Father” and ‘Akobi Laaroye’ movie premiere as Evang. Mike and Gloria Bamiloye grace the occasion. 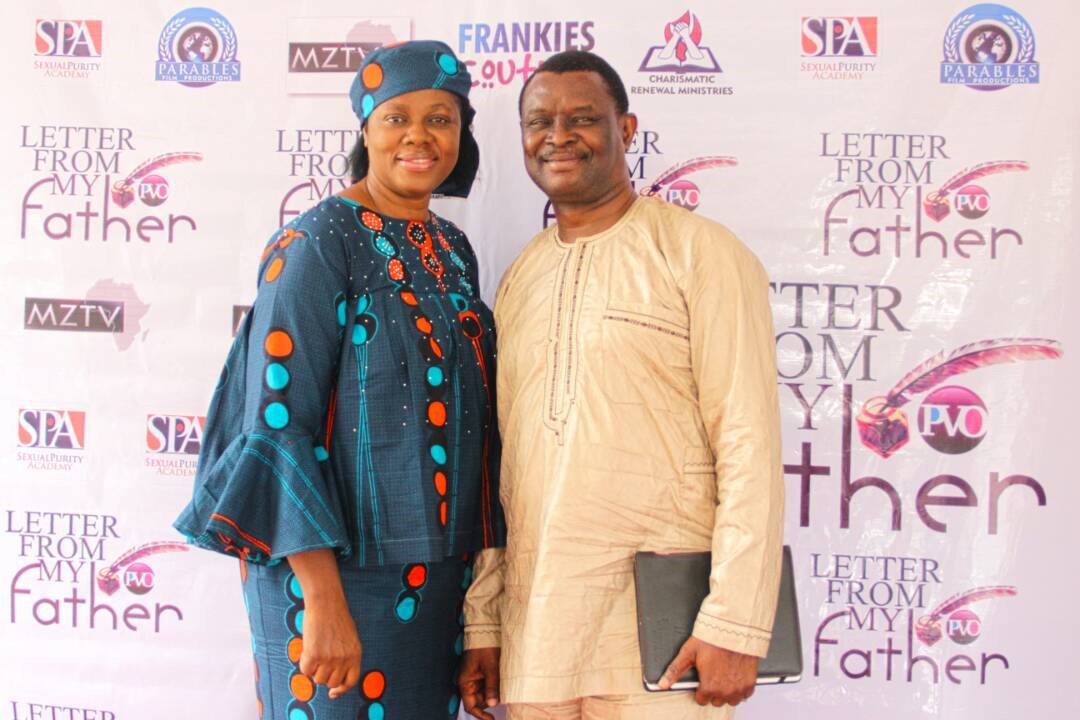 The much talked about program organized by the Sexual Purity Academy led by Pastor Victor Olukoju popularly called PVO held last Saturday at the University of Ibadan, having over 1,200 people in attendance. Evang. Mike Bamiloye was present to give the charge from the Father while his wife, Gloria Bamiloye led the people in an intense session of prayers. Pastor Charles Esele of the Charismatic Renewal Ministries was also present to give a short exhortation.

Moving on to the second part of the event, the epic movie ‘Akobi Laaroye’ from the stables of Parables Film Production left the people thrilled with the amazing storyline filled with humor in the right places as well as a strong biblical message of the Lord’s saving power. The movie was written by Victor Olukoju and directed by Isaac Femi-Akintunde.

The Conveners with Pastor Charles Esele.

Were you at the event? Tell us what your thoughts are.